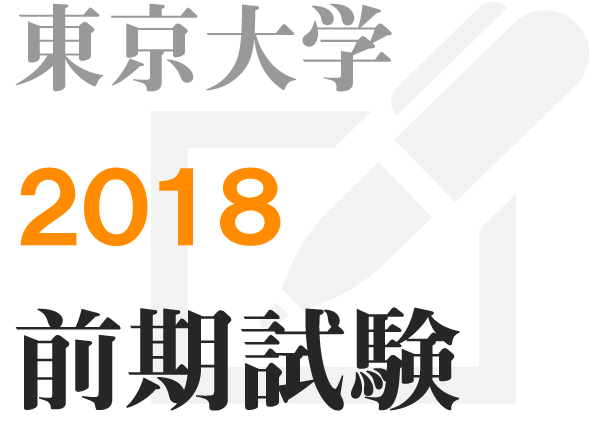 Rumours spread by two different but overlapping processes: popular confirmation and in-group momentum. The first occurs because each of us tends to rely on what others think and do. Once a certain number of people appear to believe a rumour, others will believe it too, unless they have good reason to think it is false. Most rumours involve topics on which people lack direct or personal knowledge, and so most of us often simply trust the crowd. As more people accept the crowd view, the crowd grows larger, creating a real risk that large groups of people will believe rumours even though they are completely false.

In-group momentum refers to the fact that when like-minded people get together, they often end up believing a more extreme version of what they thought before. Suppose that members of a certain group are inclined to accept a rumour about, say, the evil intentions of a certain nation. In all likelihood, they will become more committed to that rumour after they have spoken to each other. Indeed, they may move from being tentative believers to being absolutely certain, even though their only new evidence is what other members of the group believe. Consider the role of the internet here: when people see many tweets or posts from like-minded people, they are strongly inclined to accept a rumour as true.

What can be done to reduce the risk that these two processes will lead us to accept false rumours? The most obvious answer, and the standard one, involves the system of free expression: people should be exposed to balanced information and to corrections from those who know the truth. Freedom usually works, but in some contexts it is an incomplete remedy. People do not process information in a neutral way, and emotions often get in the way of truth. People take in new information in a very uneven way, and those who have accepted false rumours do not easily give up their beliefs, especially when there are strong emotional commitments involved. It can be extremely hard to change what people think, even by presenting them with facts.

When we think back on emotional events from the past, our memories tend to be distorted by internal influences. One way this can happen is through sharing our memories with others, something that most of us are likely to do after important life events — whether it's calling our family to tell them some exciting news, reporting back to our boss about a big problem at work, or even giving a statement to police. In these kinds of situations we are transferring information that was originally received visually (or indeed through other senses) into verbal information. We are turning inputs from our five senses into words. But this process is imperfect; every time we take images, sounds, or smells and verbalise them, we potentially alter or lose information. There is a limit to the amount of detail we are able to communicate through language, so we have to cut corners. We simplify. This is a process known as "verbal overshadowing," a term invented by psychologist Jonathan Schooler.

Schooler, a researcher at the University of Pittsburgh, published the first set of studies on verbal overshadowing in １９９０ with his colleague Tonya Engstler-Schooler. Their main study involved participants watching a video of a bank robbery for ３０ seconds. After then doing an unrelated task for ２０ minutes, half of the participants spent five minutes writing down a description of the bank robber's face, while the other half undertook a task naming countries and their capitals. After this, all the participants were presented with a line-up of eight faces that were, as the researchers put it, "verbally similar," meaning that the faces matched the same kind of description — such as "blonde hair, green eyes, medium nose, small ears, narrow lips." This is different from matching photos purely on visual similarity, which may focus on things that are harder to put into words, such as mathematical distances between facial features.

We would expect that the more often we verbally describe and reinforce the appearance of a face, the better we should retain the image of it in our memory. However, it seems that the opposite is true. The researchers found that those who wrote down the description of the robber's face actually performed significantly worse at identifying the correct person out of the line-up than those who did not. In one experiment, for example, of those participants who had written down a description of the criminal, only ２７ percent picked the correct person out of the line-up, while ６１ percent of those who had not written a description managed to do so. That's a huge difference. By stating only details that could be readily put into words, the participants had overlooked some of the details of their original visual memory.

This effect is incredibly robust, as indicated by the outcome of possibly the biggest effort ever to reproduce the result of an experiment in psychology. This was a massive project by ３３ labs and almost １００ scholars, including Jonathan Schooler and Daniel Simons, published in ２０１４. All researchers followed the same methods, and they found that even when the experiment was conducted by different researchers, in different countries, and with different participants, the verbal overshadowing effect was constant. Putting pictures into words always makes our memories of those pictures worse.

Further research by Schooler and others has suggested that this effect may also transfer to other situations and senses. It seems that whenever something is difficult to put into words, verbalisation of it generally diminishes recall. Try to describe a colour, taste, or melody, and you make your memory of it worse. Try describing a map, a decision, or an emotional judgement, and it becomes harder to remember all the details of the original situation. This is also true when others verbalise things for us. If we hear someone else's description of something we have seen, our memory of it is weakened in that case too. Our friends may be trying to help us when they give their verbal account of something that happened, but they may instead be overshadowing our own original memories.

According to Schooler, besides losing details, verbalising non-verbal things makes us generate competing memories. We put ourselves into a situation where we have both a memory of the time we described the event and a memory of the time we actually experienced the event. This memory of the verbalisation seems to overwhelm our original memory fragment, and we may subsequently remember the verbalisation as the best account of what happened. When faced with an identification task where we need all the original details back, such as a photo line-up, it then becomes difficult to think past our verbal description. In short, it appears our memories can be negatively affected by our own attempts to improve them.

This does not mean that verbalising is always a bad idea. Schooler's research also shows that verbalising our memories does not diminish performance – and may even improve it — for information that was originally in word form: word lists, spoken statements, or facts, for example.

Jonathan Schooler discovered the verbal overshadowing in which information from our five senses is simplified when we verbalise it.(１９words)

引用
CASSIUS： Tell me, good Brutus, can you see your face?
BRUTUS： No, Cassius; for the eye sees not itself, But by reflection, by some other things.
・・・ ・・・
CASSIUS： I, your glass, Will modestly discover to yourself, That of yourself which you yet know not of.

Perhaps this means that even a life will be over before we realize it if you settle for doing what you assume you are supposed to do in everyday life.

This may mean that even the life will come to an end before we know it if you are satisfied with just doing what you think you should do in daily life.

will be finished
will be over
will come to an end