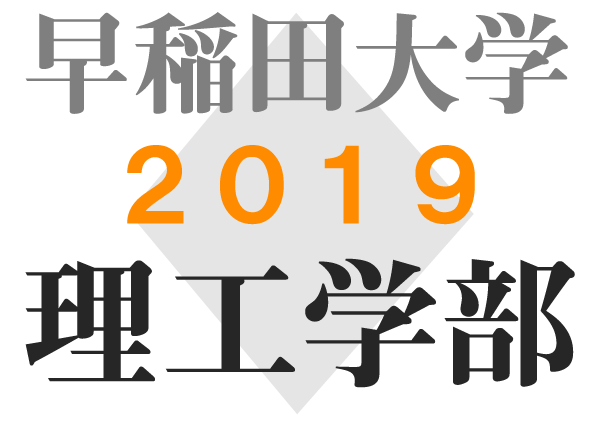 [1] In the classic psychometric view, intelligence is defined operationally as the ability to answer items on tests of intelligence. The inference from the test scores to some underlying ability is supported by statistical techniques. These techniques compare responses of subjects at different ages; the apparent correlation of these test scores across ages and across different tests confirms the notion that the general faculty of intelligence does not change much with age, training, or experience. It is an inborn attribute or faculty of the individual.

[2] Multiple intelligences (MI) theory, on the other hand, pluralizes the traditional concept. An intelligence is a computational capacity—a capacity to process a certain kind of information—that originates in human biology and human psychology. Humans have certain kinds of intelligences, whereas rats, birds, and computers foreground other kinds of computational capacities. An intelligence entails the ability to solve problems or fashion products that are of consequence in a particular cultural setting or community. The problem-solving skill allows one to approach a situation in which a goal is to be obtained and to locate the appropriate route to that goal. The creation of a cultural ( A ) allows one to capture and transmit knowledge or to express one's conclusions, beliefs, or feelings. The problems to be solved range from creating an end for a story to anticipating a winning move in chess to repairing a quilt. Products range from scientific theories to musical compositions to successful political campaigns.

[3] MI theory is framed in light of the biological origins of each problem-solving skill. Only those skills that are universal to the human species are considered (again, we differ from rats, birds, or computers). Even so, the biological tendency to participate in a particular form of problem solving must also be coupled with the (a)cultural nurturing of that domain. For example, language, a universal skill, may manifest itself particularly as writing in one culture, as speech skills in another culture, and as the secret language composed of anagrams or tongue twisters in a third.

[4] Given the (b)desideratum of selecting intelligences that are rooted in biology and that are valued in one or more cultural settings, how does one actually identify an intelligence? In coming up with the list of intelligences, I reviewed evidence from various sources: knowledge about normal development and development in gifted individuals; information about the breakdown of cognitive skills under conditions of brain damage; studies of exceptional populations, including prodigies, savants, and autistic children; data about the evolution of cognition over the millennia; cross-cultural accounts of cognition; psychometric studies, including examinations of correlations among tests; and psychological training studies, particularly measures of transfer and generalization across tasks. Only those candidate intelligences that satisfied all or a healthy majority of the criteria were selected as genuine intelligences.

[6] An intelligence must also be susceptible to encoding in a (d)symbol system—a culturally contrived system of meaning that captures and conveys important forms of information. Language, picturing, and mathematics are but three nearly worldwide symbol systems that are necessary for human survival and productivity. The relationship of an intelligence to a human symbol system is no accident. In fact, the existence of a core computational capacity anticipates the actual or potential creation of a symbol system that exploits that capacity. While it may be possible for an intelligence to develop without an accompanying symbol system, a primary characteristic of human intelligence may well be its gravitation toward such an embodiment.

1. Which of the following is the best description of the traditional concept of intelligence?

a. the ability to take any test well
b. the capability to process certain information
c. an inborn attribute or faculty of an individual
d. a plurality of intelligences


2. Which of the following words fits in blank A?


4. Which of the following expresses the meaning of (b)desideratum?

a. the fact that a theory has biological origins
b. a choice between biological and cultural intelligences
c. an object or circumstance to be wished for
d. the identification of an intelligence for study

5. Which of the following describes the meaning of “computation” as used in Text I (mainly in the derived word “computational”)?

a. the representation of mathematical formulas and equations
b. the systematic processing of informational input or output
c. the programming language of the human brain
d. the capacity and speed of human computers


6. Which of the following is true about the (c)set of operations and the (d)symbol system?


7. Which of the following can be inferred from Text I?


9. Which of the following would be the best title for Text I?

Interpersonal intelligence builds on a core capacity to notice distinctions among others—in particular, contrasts in their moods, temperaments, motivations, and intentions. In more advanced forms, this intelligence permits a skilled adult to read the intentions and desires of others, even when they have been hidden. This skill appears in a highly sophisticated form in religious or political leaders, salespersons, marketers, teachers, therapists, and parents. The Helen Keller-Anne Sullivan story suggests that this interpersonal intelligence does not depend on language. All indices in brain research suggest that the frontal lobes* play a prominent role in interpersonal knowledge. Damage in this area can cause profound personality changes while leaving other forms of problem solving unharmed-after such an injury, a person is often not the “same person.”

Alzheimer's disease, a form of dementia, appears to attack posterior* brain zones with a special fury, leaving spatial, logical, and linguistic computations severely damaged. Yet people with Alzheimer's often remain well groomed, socially proper, and continually apologetic for their errors. In contrast, Pick's disease, a variety of dementia that is localized in more frontal regions of the brain cortex, entails a rapid loss of social graces.

Biological evidence for interpersonal intelligence encompasses two additional factors often cited as unique to humans. One factor is the prolonged childhood of primates such as humans and monkeys, including the close attachment to the mother. In cases where the mother (or a substitute figure) is not available and engaged, normal interpersonal development is in serious jeopardy. The second factor is the relative importance in humans of social interaction. Skills such as hunting, tracking, and killing in prehistoric societies required the participation and cooperation of large numbers of people. The need for group cohesion, leadership, organization, and solidarity follows naturally from this.

*frontal lobe = one of the four major divisions of the cerebrum of the brain, located behind the forehead

*posterior = located behind, or towards the rear of an object


10. What can be inferred from the contrast between patients with Alzheimer's disease and those with Pick's disease?


11. Which of the following was considered by the author in coming up with a list of multiple intelligences (in Text I), but was NOT presented as evidence for interpersonal intelligence (in Text II)?


The workings of the human brain are more than a bit confusing. How can we be so ingenious at some tasks and so clueless at others? Beethoven wrote his incredible ninth symphony while he was deaf, but we would not be at all surprised if we learned that he often misplaced his house keys. How can people be simultaneously so smart and so dumb? Many psychologists and neuroscientists have been nearing consensus on a description of the brain's functioning that helps us make sense of these seeming contradictions. The approach involves a (e)distinction between two kinds of thinking, one that is intuitive and automatic, and another that is reflective and rational. We will call the first the Automatic System and the second the Reflective System.

The Automatic System is rapid and is or feels instinctive, and it does not involve what we usually associate with the word thinking. When you duck because a ball is thrown at you unexpectedly, or get nervous when your airplane hits turbulence, or smile when you see a cute puppy, you are using your Automatic System. Brain scientists are able to say that the activities of the Automatic System are associated with the oldest parts of the brain, the parts we share with lizards (as well as puppies).


13. How are the (e)distinction discussed in Text III and multiple intelligences theory similar?


14. What might be inferred about withdrawn, anti-social grandmaster chess players?

a. They use their Reflective System during a chess game, but their Automatic System otherwise.
b. They have low interpersonal intelligence, but are capable of playing chess with their Automatic System.
c. Their Reflective System encodes and decodes the symbols of chess through interpersonal intelligence.
d. If they were to develop Alzheimer's disease, their chess-playing ability would likely not be affected.


15. Which of the following is true based on Text I, Text II, and Text III?