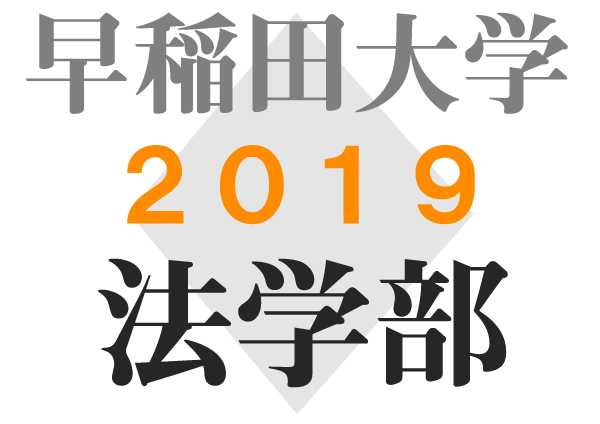 ：平均値の終わり・同質性が評価される世界で成功する方法 The End of Average How We Succeed in a World That Values Sameness.

READING/GRAMMAR SECTION All answers must be indicated on the MARK SHEET.

Read the passage and answer the questions below.

１ In the late １９４０s, the United States Air Force had a serious problem: its pilots could not keep control of their planes. The accidents were so frequent and involved so many different aircrafts that the Air Force had an alarming life-or-death mystery on its hands. At first, the military brass blamed the men in the cockpits, citing “pilot error" as the most common reason in crash reports. This judgment certainly seemed reasonable, since the planes themselves seldom malfunctioned. Engineers confirmed this time and again, testing the planes and finding no defects. Pilots, too, were baffled. The only thing they knew for sure was that their piloting skills were not the cause of the problem. If it wasn't human or mechanical error, what was it?

２ After multiple investigations ended with no answers, officials turned their attention to the design of the cockpit itself. Back in １９２６, when the army was designing its first-ever cockpit, engineers had measured the physical dimensions of hundreds of male pilots (the possibility of female pilots was never a serious consideration then), and used this data to standardize the dimensions of the cockpit. For the next three decades, the size and shape of the seat, the distance to the pedals and control stick, the height of the windshield, even the shape of the helmets were all built to conform to the average dimensions of a １９２６ pilot.

３ Now military engineers began to wonder if the pilots had gotten bigger since １９２６. To update their assessment of pilot dimensions, the Air Force authorized the largest study of pilots that had ever been undertaken. In １９５０, researchers at Wright Air Force Base in Ohio measured more than ４,０００ pilots on １４０ dimensions of size, including thumb length, crotch height, and the distance from a pilot's eye to his ear, and then calculated the average for each of these dimensions. Everyone believed this improved calculation of the average pilot would lead to a better fitting cockpit and reduce the number of crashes - or almost everyone. One newly hired twenty-three-year-old scientist had doubts.

４ Lieutenant Gilbert S. Daniels was not the kind of person you would normally associate with the masculine culture of aerial combat. He was slender and wore eyeglasses. He enjoyed flowers and landscaping. When he joined the Aero Medical Laboratory at Wright Air Force Base out of college, he had never even been in a plane before. But it didn't matter. As a junior researcher, his job was to measure pilots' limbs with a tape measure. It was not the first time Daniels had measured the human body. As a major in physical anthropology, a field that specialized in the anatomy of humans, Daniels had written a graduation thesis on the study of ２５０ male classmates' hands. Unexpectedly, he had found that their hands were not similar at all, even though the students came from very similar ethnic and sociocultural backgrounds. So when the Air Force put him to work measuring pilots, Daniels harbored a private conviction about averages that rejected almost a century of military design philosophy. As he sat in the lab measuring pilots, he kept asking himself the same question in his head: How many pilots really were average?

５ He decided to find out. Using the size data he had gathered from ４,０６３ pilots, Daniels calculated the average of the ten physical dimensions believed to be most relevant for design, including height, chest circumference, and sleeve length. These formed the dimensions of the "average pilot,” which Daniels generously defined as someone whose measurements were within the middle range of values for each dimension. So, for example, even though the precise average height from the data was １７５ cm, he defined the height of the average pilot as ranging from １７０ cm to １８０ cm. Next, Daniels compared each individual pilot, one by one, to the average pilot.

７ Amazingly, and to its credit---the Air Force welcomed Daniels' counterintuitive arguments. “The old Air Force designs were all based on finding pilots who were similar to the average pilot,” Daniels would later explain. “But once we showed them the average pilot was a useless concept, they started fitting the cockpit to the individual. That's when things started getting better.” The Air Force altered its design philosophy to one based on a new guiding principle: individual fit. Aeronautical engineers quickly came up with solutions that were both cheap and easy to implement. They designed adjustable seats, adjustable foot pedals, adjustable helmet straps and flight suits. Pilot performance soared and the U.S. Air Force became even more powerful.

８ Imagine the good that would have resulted if our society had followed suit. Rather than comparing people to a misguided ideal, we could have seen them and valued them---for what they are: individuals. Instead, most schools, workplaces, and scientific institutions continue to believe in the reality of “the average pilot.” They design structures and conduct their research around an arbitrary standard---the average---compelling us to compare ourselves and others to a phony ideal. From the cradle to the grave, you are measured against the ever-present yardstick of the average, judged according to how closely you approximate it or how far you are able to exceed it. The concept of average has been so thoroughly ingrained in our minds that we rarely question it seriously. Despite our occasional discomfort with the average, we accept that it represents some kind of objective reality about people. What if I were to tell you that this form of measurement is almost always wrong? That when it comes to understanding individuals, the average is most likely to give incorrect and misleading results? What if, like the cockpit design, this ideal is just a myth?


Todd Rose. The End of Average How We Succeed in a World That Values Sameness.

(１) Choose the best way to complete the following sentences about Paragraphs １ to ８.

A compels us to resist the idea of average because it perpetuates important individual distinctions.

B credits a mid-century innovation in Air Force design philosophy as having brought about corresponding advances in society at large.

C describes one researcher's attempt to systematically resolve his own doubts about a basic premise in the Air Force's thinking.

D explains that initial aeronautical designs championed the notion of statistical average, which then governed subsequent efforts for many years.

E identifies a troubling issue and how initial suspicions regarding its cause all seemed off the mark.

F illustrates how Daniels' conclusion induced a paradigm shift in the Air Force, and how cockpits came to better accommodate individual particulars.

Ｇ indicates that most researchers, with one notable exception, continued to assume that conventional wisdom could be used to enhance cockpits.

H introduces a skeptic whose past experience led him to wonder whether a prevailing norm was truly valid.

I presents Gilbert Daniels as the lone military scientist who refused to believe that American pilots' bodies could have changed so much in just thirty years.

J problematizes how society habitually obeys the notion of average despite its flaws and artificiality.

K shows that the Air Force's anatomical data had become outdated and that the size of American pilots had grown significantly between １９２６ and １９５０.

Ｌ suggests that the frequency of U.S. Air Force accidents was due to falsified data regarding cockpit dimensions taken back in １９２６.

M tells us how unlikely it had seemed to the participants, until they learned otherwise, that a common belief about pilot size would prove unfounded.


(２) Choose FOUR sentences that are NOT correct according to the passage. You may NOT choose more than FOUR statements.

A Contrary to the author's wishes, society values the idea of average in a way that he believes is unwarranted.

B Daniels was surprised to learn that only three out of every ten airmen could have been considered average-sized.

C In his １９５０ study, Daniels defined average as a single value rather than a numerical range.

D It took nearly three decades for the Air Force to realize that cockpits had become too small for its pilots.

G Using a statistical average to satisfy everyone can end up satisfying no one.

H What Daniels had learned as a student was later confirmed in his professional life.

I When the Air Force undertook its study in １９５０, it still followed a premise established back in １９２６.

(３) Choose the best way to complete each of these sentences, which relate to the
underlined words in the passage.


２ Here "to conform to” means to

(４) Choose the ONE sentence that BEST summarizes the author's main idea in the passage.

A As desirable as the concept of average is, it is inferior to that of individuality, which allows us to better appreciate differences in personality.

B It takes an unlikely and unusual innovator like Gilbert Daniels to reaffirm the true value and utility of the concept of average.

C Society should be more suspicious of false ideals such as average because they often emerged from dubious military thinking of the early twentieth century.

D The dominance of average can have unwanted consequences, and thus we should shift our societal focus from standardization to individualization.

E The social prevalence of individualization is such that even cutting-edge military researchers often could not help but be deceived by it.